Real Property Tax: Highest and Best Use, and Why You Should Care

Earlier this year, the City & County of Honolulu tinkered with its real property tax system.  People who aren’t aware of what happened may find themselves with property tax bills many times what they are now.

In Honolulu, as in most other counties here and in many jurisdictions on the Mainland, there are several property tax classifications.  For example, there is residential use that is taxed at $3.50 per $1,000 of assessed value; commercial use, taxed at $12.40; and hotel/resort, taxed at $12.90.  The classification that you fall in is determined by the “highest and best use” of your property.

Highest and best use has nothing to do with how you are actually using your property.  It means the most productive use that your property could be put to, if it is legal under applicable law and zoning.  So, for example, a person who owns industrial zoned land next to a shopping mall can build a farm on it and grow vegetables, but the property tax rate that will be applied won’t be the agricultural rate, it will be the higher commercial rate.

For most people, qualifying for the residential rate, the county’s lowest, is not a problem.  Much of the land that people build houses on is zoned for residential use, which means it’s not legal to run businesses or resorts on that land.  The highest and best use is residential, and that’s what determines the tax classification.  However, some properties in the Honolulu urban core are given “mixed use” designations, which means it is legal to build a house on the property or to have a shop there.

This is where the problem arises.  Currently, the tax ordinances allow condominium units to be classified based on actual use, not highest and best use.  Thus, people who live in condominium units were allowed the residential rate if they said they were actually living in them, even though the zoning allowed commercial use.  Some complained that the system was inconsistent:  if the farmer in the example above had to pay at the commercial rate, why does the person living in the condominium unit get to qualify for residential?  Ordinance 17-13, enacted earlier this year, took away the actual use “loophole,” bringing back the highest and best use rule for condominium units.

To get around the highest and best use rule, the ordinances allow property owners to make a “dedication.”  A dedication is a contract with the county that says the use of your property will be restricted to a particular use even though the zoning allows something else.  With the dedication in place, commercial or hotel uses become illegal even though the zoning may allow them, so those uses cannot be considered highest and best.

To make a dedication, the appropriate form needs to be filed by September 1.  It’s referred to as Form BFS-RP-P-41E, Petition to Dedicate Certain Property for Residential Use (5 Year Dedication).  Don’t be late! 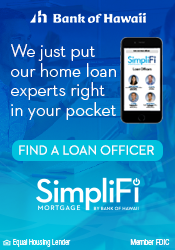