Council Member Joey Manahan introduced Bill 50 in an attempt to reduce “road rage” on Oahu streets and highways. The bill specifically prohibits behaviors that provoke or aggravate incidents that threaten public health and safety. It was introduced on the heels of a recent action near Waikele that shut down multiple lanes and caused rush-hour gridlock to west Oahu.

The bill's language restricts drivers from engaging in any of the following actions against a person in another vehicle:

Further, the bill restricts drivers and passengers from using offensive or threatening gestures, throwing objects at another vehicle, or shouting obscenities or threats.

The bill is waiting for first reading before full council. While the intention is admirable and addresses the rising incidence of road rage, the Honolulu Police Department may have some enforcement challenges. 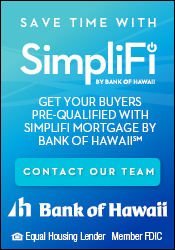